Here’s a nice little review of the new album from way out East! Sandwiched between Sir Paul McCartney and Brendan Benson is not a bad place to be!

— Though they’ve never gotten the recognition that they deserve, Denver-based country rockers New Ben Franklins have been making music together for two decades. They celebrate their 20th anniversary with the release of “[Peter Gabriel]” a dynamite platter that has nothing to do with its famous namesake other than fulfill lead singer David DeVoe’s lifelong dream of naming an album after the original Genesis frontman.

There’s a nice mix of ballads and honky-tonk anthems on the (slightly overstuffed) 14-track release, with the NBF soaring highest on “Riverside,” “Love Like This,” “Here With Me,” “Best Friend,” “Summer Sun,” “Here I Go Now” and “My Soul.” Highly recommended. (JS) 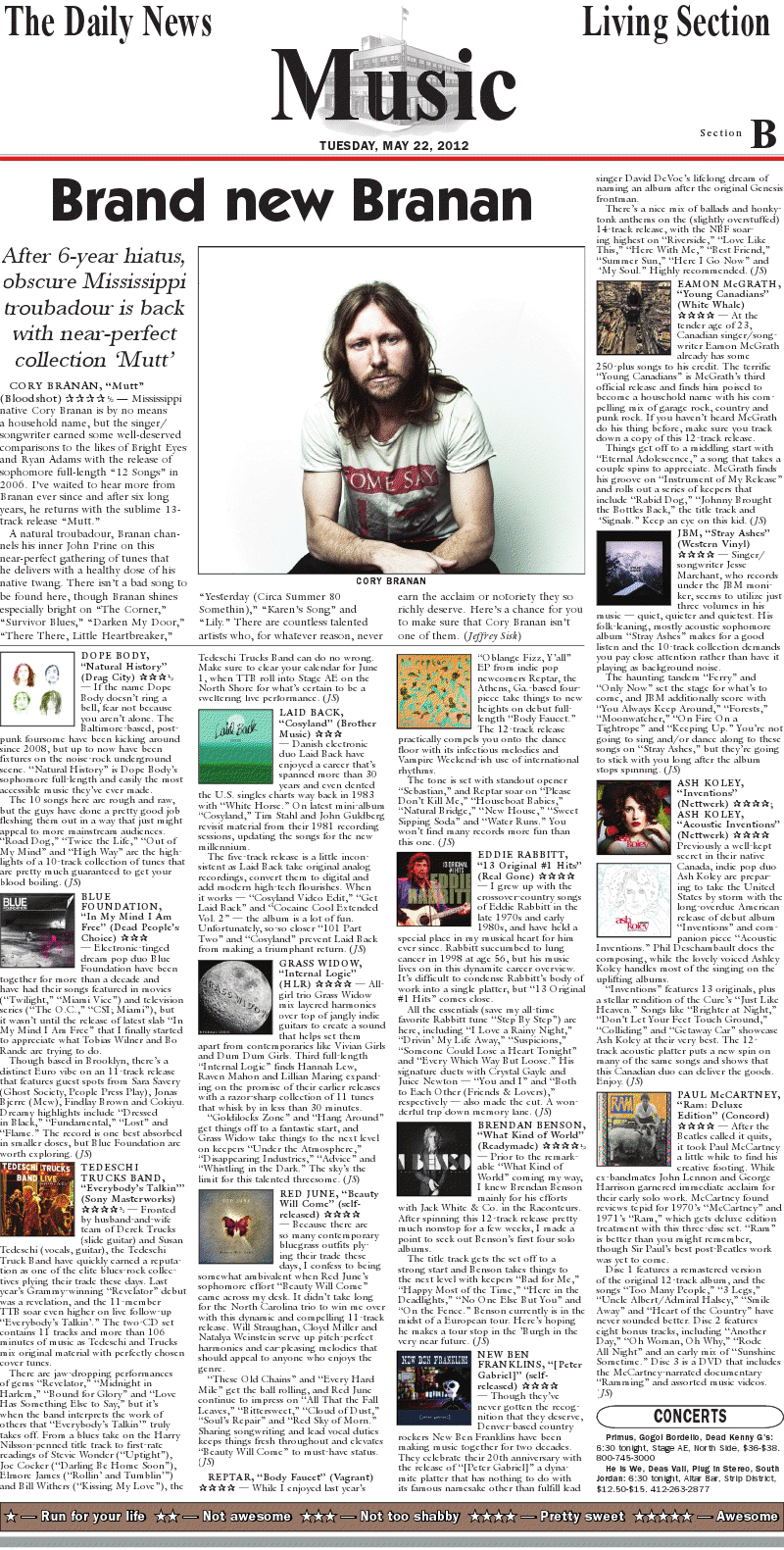